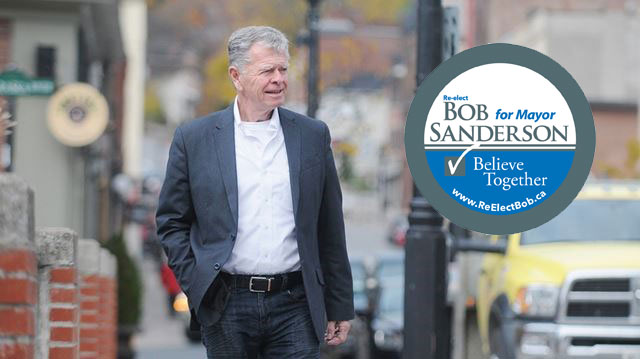 Bob Sanderson has been our mayor for the past four years and during that time a lot has been accomplished. A few highlights:

Economic growth is one of the most important keys to sustaining a viable community, but it does not come without hard work. Port Hope needs a strong reputation for providing support for new business ventures at all levels. And in fact over the past four years Port Hope has been seen by many as a great place to establish, build or move a business.

This is a significant change from the period when our business park sat empty, as did many of our commercial buildings.. We are currently experiencing strong private sector economic investment because business has renewed confidence that Port Hope is a good place to invest.

Here are some of the projects that have come to Port Hope over the last term of council, under the leadership of Mayor Bob:

• A new medical clinic has opened on Henderson Street).

• Maple Lodge Farms is expanding, and there are plans for an 80 room Hampton Inn hotel.

• The Central Public School has been purchased by a condominium developer who plans to provide more downtown housing for seniors, and assisted living services.

• The former Nicholson File building has been purchased, and we will work with the new owner with the intention of seeing this long-deserted industrial building repurposed.

• The site of the former vacant Canadian Tire store is being redeveloped.

• A micro-brewing company has purchased the empty lot on Mill Street just south of the Skeena building.

• The retirement community housing near Wlaydka Park is expanding.

Much of this investment is occurring because we have invested in ourselves over the past several years, confident in our future.

And because our Mayor can make the tough decisions sometimes required.

Now is not the time to change leadership!