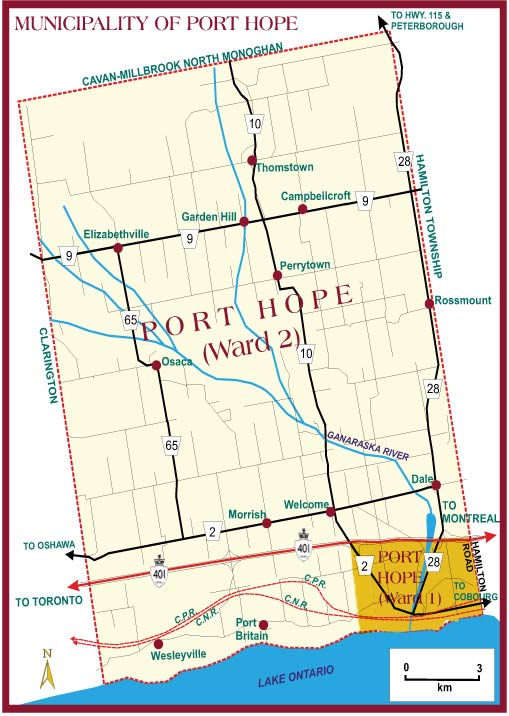 Under Mayor Bob Sanderson’s leadership the issue of how to use the Ward 2 (former Hope Township) LLRW funds has permanently been resolved. The full $10 million is completely intact and now secured in perpetuity for the exclusive benefit of our rural Ward 2 residents. Interest earned will continue to be applied directly to reducing property tax for Ward 2 citizens.

“I am looking to bring forward a bylaw that clearly clarifies and states that the revenues must only be used to reduce taxes. I am working on that now – with the Director of Finance.

One of the concerns I’m hearing when I’m out canvassing in Ward 2 is about how the Hope Township LLRW fund monies are, and will be, spent. I want to clear up any misconceptions circulating online and in the rural community.

The result of the lawsuit was that the courts confirmed that the monies were a “fund” (which doesn’t expire) and not a “trust” (which has a limited time span of 21 years). This means that we were able to protect the monies for Ward 2 for the future.

And during the past four years I’ve been mayor, the interest accrued on the $10 million principal (which is untouched and intact) has been used to decrease Ward 2 taxes.

We implemented a separate line item on your tax bill for more transparency. The line item “Rural Special Services” that appears on Ward 2 tax bills, is comprised of three elements: the cost for the OPP policing service to the rural area, the reduction to rural taxes as a result of the 10 year tax allocation phase in adjustment, and a further reduction for the use of rural area LLRW funds to reduce the rural Ward 2 Municipal taxes.

To make this more defined and transparent, I have been in working with the Director of Finance to establish a municipal by-law to formally state and ensure that Ward 2 LLRW fund interest is spent solely to defer taxes in Ward 2, Port Hope.”

The second question asked at the Town Hall All Candidates event on Oct. 10 was about the Hope Township LLRW Fund, and my answer, early in the video below, explains how the money has been used and the bylaw I’m proposing:

It’s not time to change course.

I believe that together we can make Port Hope even better!